To the latest development of the COVID-19 crisis, that could change the way Canada and other countries in the short-term, anyway have to treat people hospitalized with that virus. The United States now owns the world’s entire supply of Remdesivir for at least a period of three months. This is one of two drugs that work against coronavirus, as it helps patients to recover a little bit faster from any symptoms.

The Trump administration is really buying more than 500 doses of the drug. That 500 doses are all of the stock that the company, who prepares this drug, has for July. And it is nearly 90 percent of the stock for August and September. So what does this mean effectively is that the United States has swept up all the doses for three months.

This means that no other country in the world will be able to get this drug. Because here is the problem that the drug is under copyright to the company and no other company can step in and help with production. So the Trump administration says that it is their goal as they want to ensure that any American needs the drug can get it easily, in correspondence with the slogan ‘America first’.

Cost per treatment of the drug

It is an expensive drug that costs more than 3000 dollars a treatment, which is six doses.

What does the drug do?

It is not necessarily proven as that effective. What the drug does is reduce the number of days in the hospital by a few days. But still the move really harkens back to some of the ruthless tactics as some have said. We have already seen from the United States and snapping up personal protective equipment back in the early days of the pandemic. 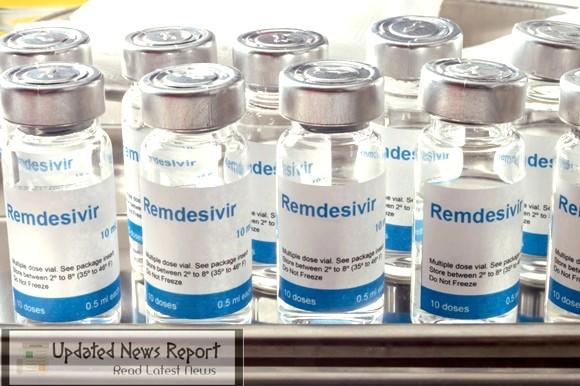 On Tuesday we had agreed to buy 500,000 doses for use in American hospitals, The US health department says. “President Trump has struck an amazing deal to ensure Americans have access to the first authorized therapeutic for Covid-19,” Department of Health and Human Services Secretary Alex Azar said in a statement.

Oxford University’s Prof Peter Horby told the media: “The trial that gave the result that allowed Remdesivir to sell their drug wasn’t just done in the US. There were patients participating through other European countries, in the UK as well, and internationally, Mexico and other places”.

“It so clearly signals an unwillingness to co-operate with other countries and the chilling effect this has on international agreements about intellectual property rights.”, Senior Sussex University lecturer, Ohid Yaqub, said.

Corona updates in the US