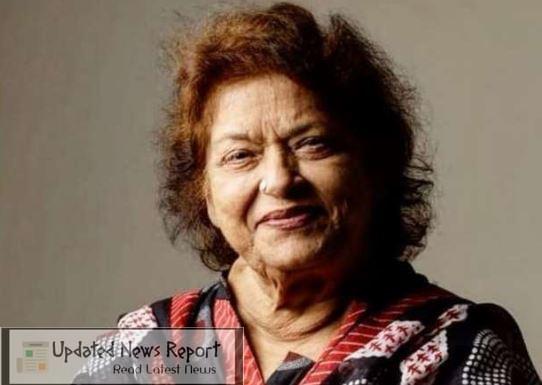 But after a few days she was cured. This was confirmed by his family members. But now Saroj Khan has left our company due to cardiac arrest. The choreographer was 72 years old.

Also Read: Margot Robbie Birthday, As An Extremely Famous Star, Who Is Especially Assigned The Best Action, And Thriller Roles

Saroj Khan’s departure has shocked her fans. Fans are paying tribute to Saroj Khan by tweeting on social media and saying that legends never die.

Saroj Khan breathed her last at 1.52 minutes tonight. She will be handed over at Charkop Cemetery in Mumbai Choreographer Saroj Khan was suffering from severe diabetes and related illness.

Her coronavirus test was negative. Her corona infection was also investigated after Saroj Khan was admitted to the hospital, the report of which was negative.

Saroj Khan is no more in this world, the fans are quite shocked to hear this news. She is saddened by remembering him on social media. People are paying tribute to Saroj Khan on social media. Nobody is able to believe his departure.