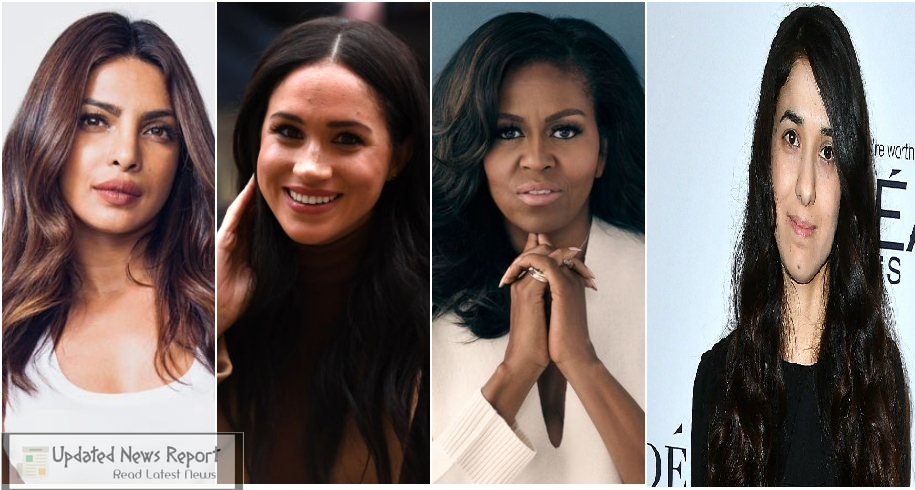 Priyanka Chopra, Michelle Obama, Meghan Markle, & 2018 Nobel Peace Prize winner Nadia Murad are among the female leaders who will be a part of the Girl Up Leadership Summit July 2020.

The Priyanka Chopra Jonas is undoubtedly a truly global star who has ruled Bollywood in her prime times. And now she is ready to conquer Hollywood with her incredible performance, and enchanting beauty. As she has been successful in marking herself as a phenomenal actress in Bollywood and Hollywood. Priyanka has always supported initiatives towards empowering young girls, and especially gender equality.

The renowned global star, who has become a major source of inspiration to millions. Has now got an invitation as one of the key speakers at the virtual, Girl Up Leadership Summit. The summit is going to be held on July 13-15. She is among a host of some significant, and influential female leaders and celebrities. Priyanka shared the announcement on Twitter and left her fans excited.

She said “No matter their background, girls have the power to transform themselves, their communities, and the world around them. Join me for the virtual 2020 @GirlUp Leadership Summit, July 13-15 with some of the top female leaders! Get your tickets http://GirlUp.org/Summit #GirlsLead20,”

For the summit on gender equality, Priyanka is going to a guest from Duchess of Sussex Meghan Markel and the former First Lady Michelle Obama. Meghan and Priyanka are well-known friends and the latter has also attended the former’s royal wedding too. Apart from them, actor Jameela Jamil, Facebook COO Sheryl Sandberg, and 2018 Nobel Peace Prize winner Nadia Murad have also been invited to join the summit.

Workwise, Priyanka has made headlines for signing a multimillion-dollar first-look television deal with Amazon. You can also see her with Keanu Reeves in ‘The Matrix 4’ as well as Anthony’s. Moreover, she is also appearing in Joe Russo’s spy series Citadel with Richard Madden, Netflix’s superhero film titled We Can Be Heroes that’s been directed by Robert Rodriguez and also in The White Tiger with Rajkumar Rao.