Countdown Starts Now For The Lunar Eclipse Going To Happen...

Do You Know How It Is Going To Affect Your Life, Health, And Wealth?

It’s the third consecutive year when the Lunar Eclipse is going to be seen on the 5th of July, the grand Guru Purnima Day. This is not only you, but the whole world is set to witness another penumbral lunar eclipse or Chandra Grahan the next day. On Guru Purnima, the lunar eclipse typically takes place however, it will not be seen in India as it is going to happen during the day time.

This is the second Lunar Eclipse of the year 2020. The first eclipse or Chandra Grahan had fallen on June 5 after which on June 21, the world witnessed the historic solar eclipse during which a “Ring Of Fire” was also seen. 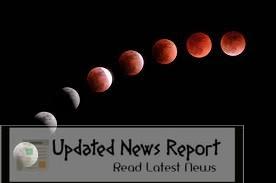 Where You Can Watch the Lunar Eclipse?

The Lunar Eclipse of July 5 could be seen in the sky in the morning. Initially, it will be partial, while it is said that it could appear as a small bite that has been taken from the northern edge of the moon. The Lunar Eclipse is going to take place at midnight on 4th and 5th July. It would be on the morning of July 5th between 8:30 am and 11:30 am in India. The eclipse is expected to last for 2 hours and 45 mins approximately.

If you are in some other country, you must know that it will be witnessed in only 4 continents. Several Latin American countries like Cuba, Mexico, the Caribbean islands, USA, Canada in North America, Japan, China, Korea, Russia, Pakistan, Western European countries like The UK, Italy, France, Germany, Spain, Portugal, Romania, and several African countries.

What Actually is Lunar Eclipse?

The lunar eclipse happens to be when the Earth blocks the light of the sun and doesn’t let it fall on the moon, and it casts a shadow on the moon. Generally, there are three types of lunar eclipse- total, partial, and penumbral. On July 5, the world is going to witness a partial penumbral lunar eclipse. It simply means that during this eclipse, only a part of the moon will dip into the partial shade. 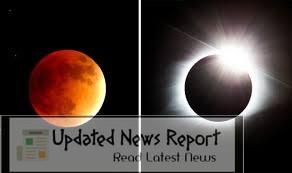 The Cares, You Are Supposed To Adapt During the Eclipse