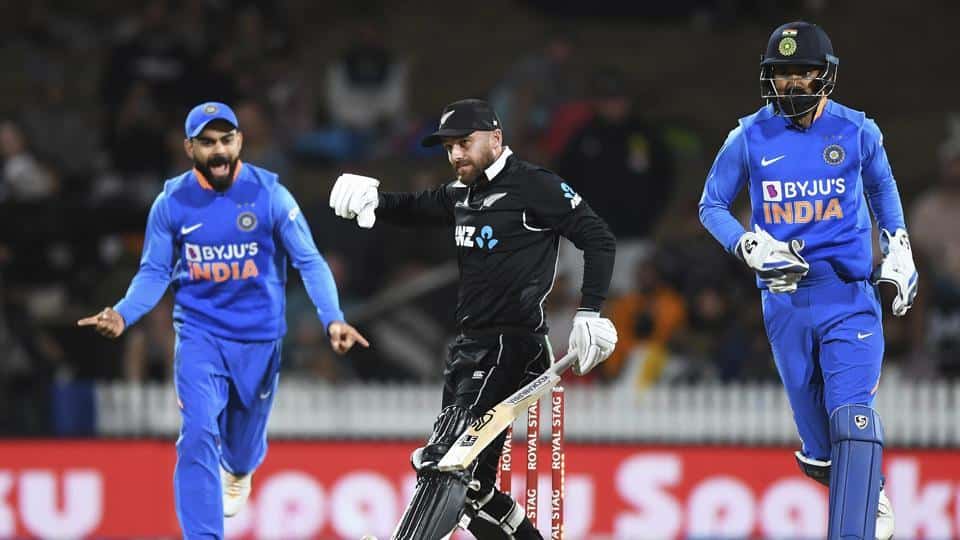 New Zealand Team beat India by 22 Runs. In Final tail Enders try too much to won India but they can’t do it. With this victory, New Zealand has taken a 2–0 lead in this series. The next match in the 5 match series is very important for India to win to stay in this series.

In the 2nd ODI match of India and New Zealand, India won the toss and decided to bowl first by Virat Kohli. The match is taking place in Eden Park, New Zealand. For the last 17 years, the team of New Zealand has not won a single match in this stadium.

The average score of this pitch is around 258 runs. New Zealand won the first match of the series and maintained a 1–0 lead.

The start of the New Zealand batting was fine, the opening pair gave the team a good start by having a good partnership.

On this pitch, she has been able to win in one of the last two matches of the team of New Zealand and a match was drawn.

After lots of Struggle Indian Team loose 2nd ODI international match at Auckland’s Eden Park stadium. Starting of Indian team Batsman is very slow and back to back they lose wickets. There is no long partnership between any batsmen.