Hindustani Bhau landed in support of CarryMinati, deleted his TikTok...

The controversy of TikTok vs YouTube is now taking a new turn every day. The controversy that started a few days ago between CarryMinati (Ajay Nagar) and Aamir Siddiqui is not taking any name. After the big stars of YouTube and Tiktok, ‘Bigg Boss 13’ fame Hindustani Bhau has also joined this fight.

YouTube recently removed a video of CarryMinati (Ajay Nagar) in which she roasted the famous Tik toker Aamir Siddiqui. YouTube reported that this video is against its guidelines. He said that CarryMinati’s video is being bullied and is harassment. The video received close to 70 million views and was liked by over 10 million people.

This is the whole matter:

The reason for Tik tok’s ratings suddenly dropping is the YouTube vs Tik Tok trend going on in the virtual world. By the way, users of both platforms have been pulling each other’s togs. But this fight escalated when a video called YouTube vs Tik Tok: The End was made by CarryMinati. Not only did it break many records, but in a few minutes it also became the most liked video of India. 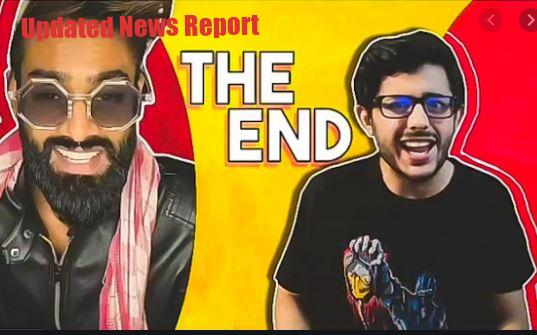 YouTube removed this video from its platform a few days after breaking several records. This video has been removed from YouTube, saying that the video violates the Community Guidelines.

It is believed that the video has been removed after being reported by Tik tok users and this became the reason for the anger of Internet users. Many users are giving negative reviews and ratings to Tik Tok, as well as the demand to ban it in India.