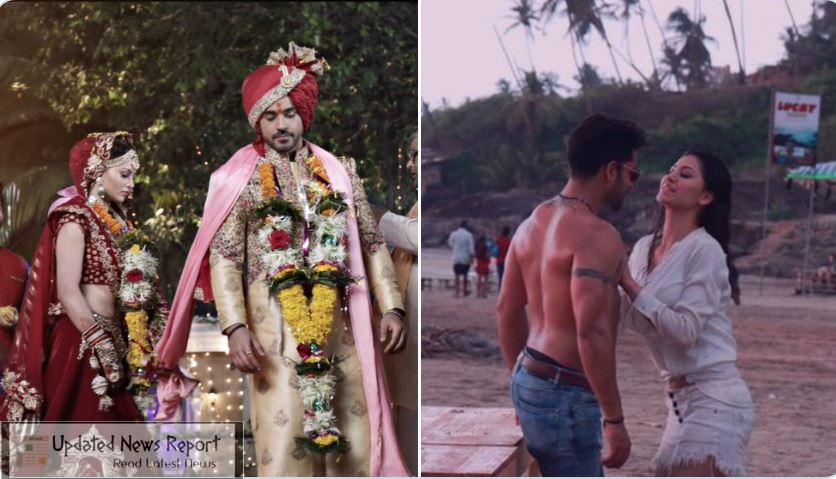 This was the tweet Gautam Gulati shared recently on his twitter account leaving his fans, especially female fans, shocked. The tweet also shared a picture of Gautam Gulati and Urvashi Rautela getting married in a traditional Hindustani way, taking seven phery (Seven circles) around the fire. That is actually an oath that makes male and female husband-wife.

However, it became clear with the complete post that told the fans that it was a picture from an upcoming movie, Virgin Bhanupriya. Fans commented on his tweet with different expressions. One fan while commenting, said “My heart stopped bitting for a while when I first saw this. Thank god It was not real (sic),” wrote one user, while another commented, “Bye the way I was shocked 😡😡 itna toh virushka kai time par shock ni lga”.

Fans were shocked because they thought that the picture was from a real wedding function until they read the whole caption. Female fans of Gautam Gulati took a sigh of relief when they came to know that it was not real, instead was from an upcoming movie. One user went and said that she would have gotten a heart attack if he really would have been married to Urvashi Rautela.

Why people were shocked while reading the caption, because they have seen many of the Bollywood celebrities getting married in lockdown, therefore, they thought it was one of them.

Who is Gautam Gulati?

Gautam Gulati is an Indian film and TV actor known for his comical role in Pyaar Kii Ye Ek Kahaani and Diya Aur Baati Hum. He was born on November 27, 1987. In 2014, he participated in the reality show Bigg Boss 8 and became the winner. He also acted as a side character in Behen Hogi Teri, an Indian Hindi-language romantic comedy film, starring Rajkumar Rao and Shruti Hassan.

Virgin Bhanupriya is an upcoming Indian Hindi-language comedy-drama film directed by Ajay Lohan and produced by Shreyans Mahendra Dhariwal. The film stars Urvashi Rautela in the lead role. In this film, the modern world story is caught in camera and its official trailer has also been released on July 3, 2020. Other than Urvashi Rautela and Gautam Gulati, Archana Puran Singh, Rajiv Gupta and bijendra gala are also fascinating fans in this movie with their extraordinary acting skills.