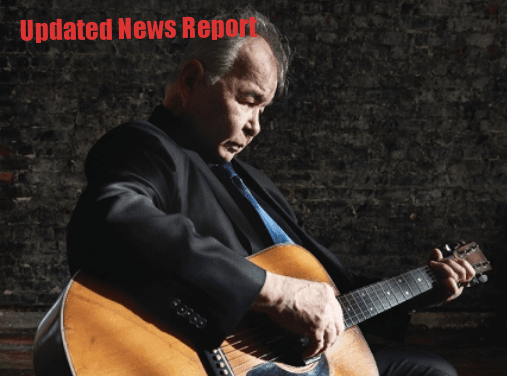 He has popularized folk music by promoting folk music in his 50-year career.

An update on John pic.twitter.com/fPQbv0tLyB

John Family Posted on John’s Twitter account that “After a Sudden onset of COVID-19 symptoms, John was hospitalized on Thursday (3/26). He was intubated Saturday evening, and continues to receive care, but his situation is critical.”

An update on John pic.twitter.com/fPQbv0tLyB

“This is hard news for us to share. But so many of you have loved and supported john over the years, we wanted to let you know, and give you the chance to send on more of that love and support now. And know that we love you, and John loves you.”

He has won 7 Grammy Awards so far. He made his debut album at the age of 13.

The way I’d prefer to remember John Prine leaving us… dancing a jig to the sounds of “Lake Marie” at the @BeaconTheatre in 2018. Thanks for everything, @JohnPrineMusic pic.twitter.com/e2XeA2TC4w

“Make me an angel that flies from Montgomery
Make me a poster of an old rodeo
Just give me one thing that I can hold on to
To believe in this living is just a hard way to go”
-John Prine
He made great songs.
Sadly, it’s been another heavy day.