by admin 1 year ago1 year ago
32views

There has been a battle between the fans of YouTube and Tik Tok from which one is better. Since then, both the platforms keep trending on something or the other everyday. Both of their fans are leaving no stone unturned to make their platforms better than each other.

One example of this battle between the two fans is that Tik Tok had a rating of 4.7 on the Play Store till a few days ago and it has reduced to 2 on seeing it. 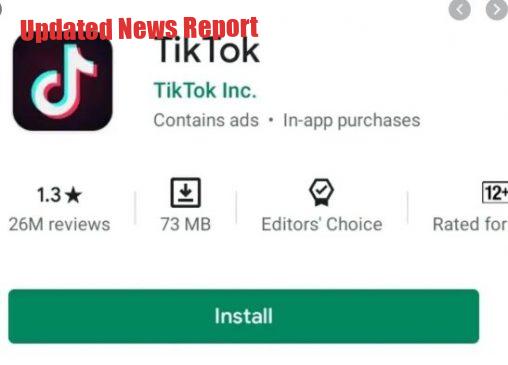 Its Lite app has been rated by about 7 lakh users and among them also the users who have given the highest 1 star rating. The current rating of Tik tok Lite has been 1.1 stars. At the same time, it has a rating of 4.8 stars on the Apple App Store. Tik Tok is now improving its rating. Now Tik Tok Rating. Tik Tok has a rating of 1.2 to 1.6.