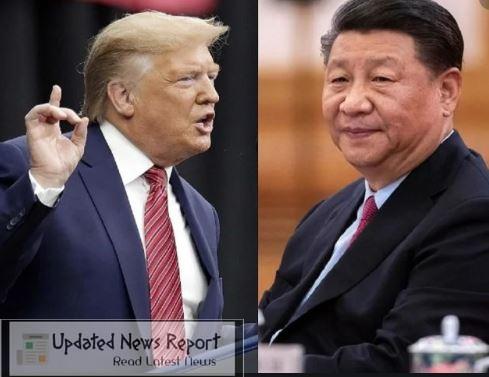 The war of disputes between the US and China is not going to end soon:

Controversy continues to increase in the US and China. Alam is that President Donald Trump is constantly imposing sanctions on China. In their latest decision, they have now decided to ban passenger planes coming from China. The airlines between the two countries will stop from 16 June.

This is believed to increase China’s difficulties. All this is happening at a time when the exercise of reviving the economy of the countries facing the Corona epidemic is going on loudly. The tussle between the US and China has been around for a long time, but since Donald Trump became president, the gap in disputes has widened.

The issue of Hong Kong has also started playing its part in the South China Sea, trade war between the two countries, questions raised about Corona origins and bitter rhetoric.

All these issues are the cause of constant controversy. At the same time, America is constantly airing the question and issue of Corona Genesis and Hong Kong.

Not only President Trump, but also opposition parties are engaged in airing it. In the opinion of experts, this fight between the two is more about the battle of domination.

At the same time, this battle has become even more intense to get maximum benefit on trade issues. On this issue, Dainik Jagran spoke to Meera Shankar, former Ambassador of India to US and BR BR Deepak of Jawaharlal Nehru University.