A Detailed Discussion on Bubonic Plague with Its Symptoms, Causes...

A herd of sheep in northern China amid Mongolia Province. China declared a herder had been a day ago tested positive for the bubonic plague.

Last day on 5th of July, a third suspected case of bubonic plague was reported this month, as a herdsman in Inner Mongolia was confirmed to be infected with the Black Death or “Bubonic Plague”, Chinese health officials stated, it could be a reminder of how even as the world encounters a pandemic disease caused by a novel virus, old threats still remain. Even though it is not known how the herder became infected, yet the whole country is on high alert for more cases.

Does it Still Exist?

You must be astonished that the plague, once called the Black Death, must be extinct, disappearing with village blacksmiths, and the knights in armor. But the disease that was once known as the most fatal pandemic, which swept the world hundreds of years ago still lives. It is undoubtedly dangerous in the most developed era of health technologies. But we are fortunate that unlike our ancestors, we know what causes the bubonic plague, and with quick, and proper treatment, we can get rid of it in a certain time period. 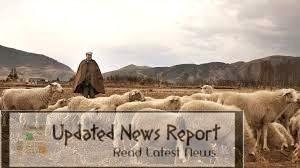 What Actually Is Bubonic Plague?

Bubonic Plague is a hypothetically lethal infectious disease, which is caused by bacteria known as “Yersinia Pestis”. It lives in some animals, mostly there in rodents, and their fleas. The bubonic plague is the most common type of plague related disease that people can catch. The name comes from the symptoms, caused by the disease – swollen, and painful lymph nodes or ‘buboes’ in the armpit, or groin.

In the last decade from 2010 to 2015, there were 3,048 cases reported around the world. There were also 584 deaths caused by the plague. As discussed earlier, historically, it has also been named the “Black Death”, in reference to the gangrenous blackening and death of body parts. It turns the body parts black, such as the fingers and toes that could be caused by the illness.

A Few Symptoms That Could Be Found In The Patients

The plague starts 1 to 6 days later, once the people catch the plague. The patient feels very weak, sick, and may have a fever, chills, headache, muscle aches, and headaches as well. Some of the many other symptoms depend on the type of the plague. Along with the enlarged, and tender lymph nodes, which can be as large as a chicken egg.

It can also cause a cough, and affect the lungs, chest pain, and difficulty in breathing. Sometimes the bacteria also enters the bloodstream and causes a condition called septicemia or sepsis that leads to tissue damage, organ failure, and ultimately death. Bubonic Plague is one of the deadliest pandemic diseases in human history, but fortunately, now it can now be easily treated with strong antibiotics.

How Can You Catch The Plague?

Are We In A Position To Cure Or Treat The Bubonic Plague?

An appropriate and prompt treatment with antibiotics is vitally suggested, as the disease is often deadly if left untreated. Timely diagnosis, by using laboratory tests on blood and other body samples, it could be easy to save lives.

Is There A New Outbreak Or Pandemic Going To Be Expected?

The Bubonic Plague still exists in several parts of the world. In recent years, there have been outbreaks in the Democratic Republic of Madagascar, and Congo. Even though the plague has been the cause of widespread disease outbreaks in medieval times, yet any outbreaks today are gratefully minor.