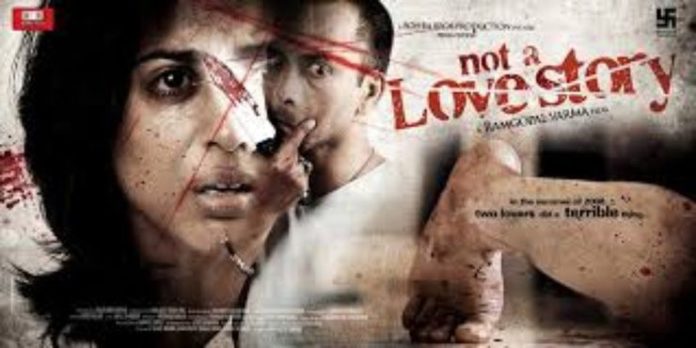 A Must Watch During the Lockdown

Making dramatic movies on fake, or real crimes has always been appreciated by movie lovers, as the true-crime genre is cinematic and fascinating. From great detective and crime novel inspired by real-life unsolved murders to the exciting origin stories of criminal masterminds, we’ve got you some of the best Bollywood films based on true crime stories.

stands on the top in our list, as the movie is a Manish Gupta’s 2009 film, and is about a real-life serial killer called the “Stoneman”. The movie covers the early 80’s when Mumbai was terrorized by the murderer. The dwellers of the footpath and the deprived people, who had not any other option but to sleep under the bridges were his easy victims. They were stoned to death in their sleep. Even though this case hasn’t yet been solved and the identity of this killer has not yet been revealed, yet the director tries to weave facts with fiction and gives a solution to this case.

No One Killed Jessica

The film is based on the shocking, and outrageous murder of Delhi model Jessica Lal. The movie, “No One Killed Jessica” is a story of the hard struggle to bring justice to the model’s family. She was shot in her head by Manu Sharma when she denied serving him in a club. The film starring Rani Mukherjee, and Vidya Balan is a terrifying tale of how money and power can try to cover up an apparently open case and make it complicated.

irected by Meghna Gulzar, the thriller is based on the unnerving double murder of 13-year-old Arushi Talvar and the domestic help Hemraj Banjade. The movie was released in 2008 and had got many name changes. It proved to be a very authentic cinematic portrayal of the shocking crime.

Irrfan Khan, Neeraj Kabi, and Konkona Sen Sharma play the lead role in the film, as the fil goes with three parallel points of view. You can also find several hard questions asked about the efficiency of the authorities dealing with the case, and why it still remains one of the most scandalous, and unsolved mysteries of the country.

This 2015 film directed by Prawaal Raman starring Randeep Hooda and Richa Chadha, Adil Hussain,  Tisca Chopra is also worth watching. The film is based on ‘bikini killer’ Charles Sobhraj. The story is told from the perspective of an Indian cop Amod Kanth, who is handling the case of the French serial killer.

The film shows with persistence, the lifestyle of this peculiar criminal, who even earned the celebrity status. Like the notorious Ted Bundy, Charles was also very appealing and good-looking and carefully manipulated his victims before killing them. The killer was also typically known for his winding nature, with which he violated the law many times.

Not A Love Story

Undoubtedly not the best movie ever, but “Not A Love Story” is amazingly a good depiction of a highly scandalous murder case. Directed by Ram Gopal Varma, the film is based on the murder of Neeraj Grover by Maria Susairaj, and Emile Jerome Mathew. Starring Ajay Gehi, Deepak Dobriyal, and Mahie Gill, the film describes in graphic details how the murder took place and the shocking way it was covered up.