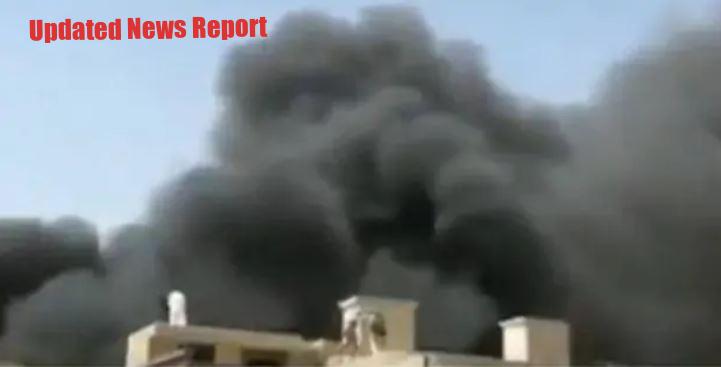 A major plane crash has happened in Pakistan. Pakistan International Airlines (PIA) going to Karachi from Lahore fell victim to a flight accident. According to Pakistani media, the plane fell into a residential area near Karachi Airport.

Many houses caught fire as the plane fell. The accident happened just before landing in Karachi. It is being told that there were 98 passengers in the plane.

PIA spokesman Abdul Sattar confirmed the accident. Flight A-320 was carrying 98 passengers. The plane was going from Lahore to Karachi and crashed in Jinnah Garden area near Model Colony in Malir.

A video of the accident has also surfaced, in which smoke puffs are seen rising from the accident site. Ambulances and officials have reached the spot.

According to preliminary information, there were 98 passengers in the aircraft. Of these, 85 were traveling in economy and 6 in business class. The jawans of the Pakistan Army Quick Reaction Force and Pakistan Rangers have reached the accident site.

Horrifying, tragic. An @Official_PIA Airbus A320 has crashed in a residential area in Karachi. There were 107 on board. Had taken off from Lahore, crashed during approach to Jinnah Int’l Airport, Karachi. pic.twitter.com/n7dR9lI99N

They are engaged in relief and rescue work. Pakistan’s Health and Population Welfare Minister has declared an emergency in all the major hospitals in Karachi due to the plane crash.