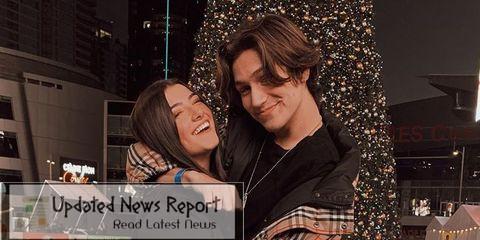 Okay, guys, let us talk about a drama recap, and of course, it is all about TikTok drama. In this article, we are going to talk about Charli D’amelio and Lil Hudson, famous as Lil Huddy getting back together. Later on, we will also talk about Noah Schnapp getting canceled for supporting little Huddy, Okay, let us get right into it now.

As many of you know that Charli and Lil Huddy had a pretty messy breakup recently and stopped talking for a while. However, it now seems like they are back together and have started talking again just recently. Many of you probably know that Charli turned 16 and Lil Huddy was one of the people, that actually congratulated her on TikTok and twitter.

Tweets they tweeted and replies

“Happy birthday Char, have a hell of a day you deserve the world”, Lil tweeted on Charli’s birthday with a picture. Out of the many people that congratulated the Charlie, the chase was one of the few that Charlie thanked publically by posting on twitter and on TikTok. On twitter Charli thanked Lil saying “thank you!!!” and on TikTok Charli posted “thank you chase!!!”.

Besides these fans have also started noticing that both Charli and Lil Huddy has been using clothes from each other for a while now. Many have started speculating whether they might be getting back together again, or if they want to be supportive of each other as friends. Anyways, what do you guys think? Do you think Charli and Chase will get back together?

The whole above talk is from May 2020. They were apart for a while and now they seem to be back again after the pandemic time is out now. They were the biggest and famous couple that came out of the great TikTok boom of 2k19.

However, Lil Huddy did not want to name their relationship. They came to break up in May and now after months of isolation Charli is back to the Hive Hype House, Los Angeles. Now the couple has started posting videos on TikTok again. As now they are posting videos together again, rumors have come out that they have reconciled and are going to be with each other once again.

Where did all this drama started?

All this drama started when Lil kissed Nessa, as he tweeted after it, “all of this drama is going on because I kissed Nessa when we were both single”.  Charli replied to him, “Then you shouldn’t have come to my house without telling me”

Looks like Charli is done with Lil for good. I do not know if you guys know this or not but for a while, there were rumors about Charli and Lil getting back together. It all started right after quarantine ended when Charli and Lil started and hanging out together and started posting videos with each other.

Fans were already SUS about Charli and Chase dating again but the thing that gave it away the most was the number of times Charli was spotted wearing chase’s clothes. But now it looks like Charli not only has handed chase’s clothes back to him but has also finally dropped him for good.