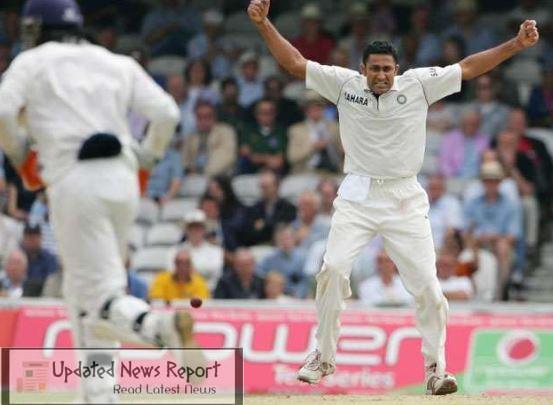 Former Indian team spin bowler Anil Kumble is hopeful that the banning of saliva to shine the ball will trouble the fast bowlers, but the spinners will have a chance to shine themselves.

Especially in Test cricket, spin bowlers can benefit greatly. The International Cricket Council, ie the ICC, may ban banning the ball next week, but these rules will be interim. After the corona virus is over, saliva will be allowed to glow to make the ball shine.

The new rule banning saliva will make it difficult for fast bowlers to swing. In such a situation, Australian fast bowler Mitchell Starc has said that if the batsmen dominate in cricket then this game will become boring.

But Anil Kumble, the former captain of the Indian team and currently the chairman of the ICC Cricket Committee, feels that spin bowlers will now contribute to the results.

Anil Kumble said in the online forum, “You can probably leave the grass on the surface or pitch it too thick and feed two spinners. Let’s get the spinners back into the game in a Test match, because if it’s a one-day or T-20 is the game, so you’re not worried about the ball or the brightness of the ball. “