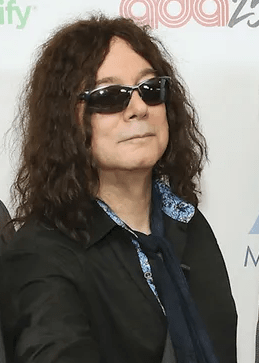 Another star of the music industry, Alan Merrill, died at the age of 69 following the death of Country star Joe Diffie due to Coronavirus.

He wrote a hit song “I Love Rock ‘n’ Roll” for his fellow rocker Joan Jett which became the biggest hit song of that era.

Her daughter Laura Merrill reported her father’s death on Sunday via Facebook post, hours after leaving from her New York City hospital room.

She wrote on his post “The Coronavirus took my father this morning,”. “I was given 2 minutes to say my goodbyes before I was rushed out. He seemed peaceful and as I left there was still a glimmer of hope that he wouldn’t be a ticker on the right hand side of the CNN/Fox news screen … By the time I got in the doors to my apartment I received the news that he was gone.”

“I had just photographed his portrait for his new album. Texted with him earlier. He played down the ‘cold’ he thought he had,” she post. “I’ve made a million jokes about the ‘Rona’ and how it’ll ‘getcha’…boy do I feel stupid. If anything can come of this I beg of you to take this seriously. Money doesn’t matter.”

Joan Jett also shared a post as a tribute to Alan Merrill’s death, writing that “I’ve just learned of the awful news that Alan Merrill has passed……My thoughts and love go to his family, friends and music communnity as a whole. I can still remember watching the arrowws on TV in Londan and being blown away by the song that screamed hit to me. With deep gratitude and sadness, wishing him a safe journey to the other side”

Rock star Meat Loaf write on his facebook post “Let this be a lesson to all of us, try to stay in touch with the people you really love and care about. Life is very short. Alan I am sorry that I didn’t reach out to you years ago. I love you very much,” wrote Meat Loaf, urging fans to play “I Love Rock ‘N’ Roll” loudly.