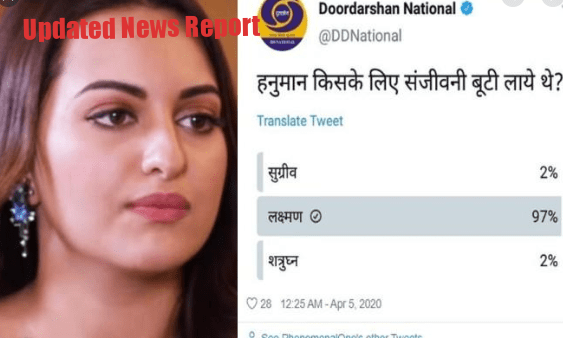 It has been revealed that Doordarshan Ramayana is being telecasted back due to the lockdown. For this, Doordarshan has made a Twitter poll asking whom Hanuman brought Sanjeevani Booti.

This question has reminded the Twitter user that once Sonakshi Sinha was asked this question for the Kaun Banega Crorepati show.

At that time Sonakshi could not answer the question “According to Ramayana, Hanuman fetched the Sanjeevani for whom?”

Sonakshi first guessed that Ram and Sita then answered this question by taking help of expert poll.